It’s been a while since I’ve updated my blog. Life likes to keep you busy! I’ve been continuing to progress on my journey of spiritual discovery and am learning new things and also continuing writing and communicating with my guides. Last week while writing; I asked my guides if they had any messages for the people of Earth.

This is their message to the world and all it’s people.

The Life on Earth is the same that flows through ALL things.

You must understand that the life you have is precious regardless of race, color or other  factions.

You are special. You are one and you are many. You are all the same.

Do not segregate yourselves from others because of beliefs or other factions.

You are all part of the Source of all things.

Stop blaming others for the state of the world.

Love and find your true selves.

Allow yourself to Love and open your heart to All.

Be one and be many.

I hope this message resonates with you. Even if I can pass this on to one single person I’ll feel like I am helping raise our collective vibration. Thanks for reading!

Be at Peace. I come to you with a message for all humankind:

Open and Allow the Love of Source to open your Hearts.

You are Loved and know that you are not alone in this Universe.

You will witness things shortly that will open your eyes to this.

Be Open. Allow the Love into your Hearts and do not fear the things to come.

Love is what is needed. Be not afraid of the Unknown but embrace the belief of the power of Source.

Open and be one with yourself. You are the conduit to the Love you seek.

The Love of All is with you. Open and be present to this power of Love.

The time is coming to open and love All as you are Loved.

Humankind is in a state of flux. You are transforming into a cocoon and what will come out?

It depends on you!

You are the future so start acknowledging how you want  your world, your lives and your children’s lives to be and think before you act. Think with your hearts and the kindness of your souls. Allow the Love to flow through you and generate the catalyst for change. Acknowledge the power that you have as an individual. You are all powerful and you have the ability to change the world through your actions, passion and love.

Open your hearts to all possibilities and connect to Love. Be at peace and know that you are loved by Spirit and Source. Be one with yourself and be the change you seek. Shape the future. The world shapes itself around you and humankind’s choices so make sure they are made with Love. Always.

Humankind has slept a long time focused on the physical instead of the non-physical. You have embellished your lives with unnecessary adornments and lived lives full of Hate, Envy, Jealousy and Greed never thinking about the World and those within it.

The time is coming and you are awakening to an understanding of the true purpose of life. You are finally realizing the truth and the power of Love and Harmony that is within You!

Be not afraid of the things to come for you are here to help Humankind learn to adapt to the new ways of life. You are here to teach others how to learn to Become!

You are the ones sent to Earth to help shape and change the perceptions that have long kept humans in servitude to the self instead of the whole. You will learn to harness your abilities to help humankind to focus their intentions on Love instead of uniformity, hate and greed of the Self.

If you are reading this then you are welcome to help the World and know that Love and Source is within you always. You are the Shapers of the World. Allow your voice to be heard. Stop the destruction of the planet and become one with the love and light of all. You are the Keepers of the Light and will help bring this Light to the souls of humankind. Open your hearts and allow yourself to be who you were meant to Be.Stop the unnecessary dramas that humans create for yourselves and instead focus on the things that really matter!

Awaken and know that you are not alone. Many of you have come to help with this cause. Lean on each other. Become connected to others but know that you already are connected. Open to the Love of Source and cleanse your souls and allow yourselves to open to a whole new world of possibilities.

Be one with Love, Light and Source. The Love of my Race and other alien races is with you but know that we are all the same. We are Family. We are Love. We are Source. We are Togetherness.

Be ready to help make the World a better place. Never judge. It is the undoing of humans. Love and listen and accept. Be one with your true self and one with Source.

My goal for the past year (and beyond) has been to connect to my Higher Self and also learn how to contact my spirit guides and to begin to help others. In the past six months I have connected to spirit guides from an alien race near the Pleiadian star system who have been guiding me on my journey and have been sharing information with me.

One of my guides has asked that I share our messages with all humankind in the hope of helping all of you “waking up” to your own consciousness and spirituality on your journey going forward. I will be posting messages that I receive in the hopes that these help you; and know that you are not alone and that there are many others awakening right now.

Everywhere around the world it feels like men are being demonized for just being men.  I read today that in America a man who tried to help a lost child was instead branded a predator. Link to the article  https://www.washingtonpost.com/news/morning-mix/wp/2017/06/27/a-man-helped-a-lost-toddler-find-her-parents-police-say-he-was-smeared-online-as-a-predator-and-fled-town/

Being a man in the modern world is fraught with pitfalls. Men are being judged like we are all rapists or paedophiles. Men can no longer be men for fear of the inaccurate, skewed views that society is placing on all men.

I am a father of two who shares 50/50 custody and there have been times where I have gone out walking with them and have been glared at because I am alone with my children. I have had parents not want their child to come have play-dates or sleepovers with my children because I would be the only adult there. I respect their decision and will only do things with my children and their friends in a public environment to ensure I avoid any accusations but why should I have to take these precautions?

This fear of accusations may account for the lack of male teachers and other male role models in society today and I think it’s having a detrimental effect on children. Without positive male role models how can our children learn how to understand both the masculine and feminine sides of the self?

Everywhere in the world there are world leaders spreading hate, fear and positing discrimination based on race, sexual orientation or religious beliefs. These are not the feelings the majority of men associate with; but because of these negative male role models it is becoming more taboo for the everyday man to show who they really are.

So what is the modern man to do and how can we change some of these negative perspectives and let society know it’s not OK to judge all men the same and move towards a more loving, understanding view of men and their right to just be men?

A vast majority of us do not like talking about our feelings or emotions for fear of being called sensitive or weak but until we can talk about these things openly and honestly then how can we as a society move towards a resolution?

On my soul searching I realised I blocked out emotions. I lost a lot of potential experiences in my life because I didn’t show my emotions. I did this to protect myself behind a wall to make sure I didn’t get hurt.  I grew up in a broken home and the men in my life growing up never talked about their feelings so I learnt from what I saw and saw it as a sign of weakness. This is not true!

Only by being true to yourself and to all your emotions can you be whole. By ignoring emotions we aren’t connecting to ourselves fully and showing society who WE truly are. We need to get in touch with all emotions including the negative ones like anger or sadness and learn to deal with releasing these emotions in a positive way.  Talk to others, let them in, connect to your emotions and lean on others for emotional support. It is not weakness. If anything, it shows you are stronger.

If you’ve never gotten in touch with your sensitive side; explore that side of yourself. Learn to cry. Learn to knit. Do something that will challenge you. If you need to connect with your masculine side then go explore that too. Learn some of the skills we used to know like how to grow your own food or hunt. Go on a boys trip, play a sport. Challenge yourself as individuals. Let others know it’s not OK to judge us because of what others of our gender do. Become who you were meant to be and learn to accept all your emotions.

If you know of a child without positive male role models in their life maybe you could step up and help shape future generations. Show the world that we are here to help and help alter the perspectives about men into a more positive one.

Be a real man. Respect and love others. Be proud of yourself for being a man. Know that its OK to be masculine and stop letting these negative perspectives shape your life.

Connecting to our emotions and other people on a more emotional level is only the first step we need to take in changing our world. Only by accepting others beliefs and differences and letting people live their lives without judgement can we make this world a better place. We need to connect more with people and start to trust one another again. Only with love and understanding can we overcome darkness. 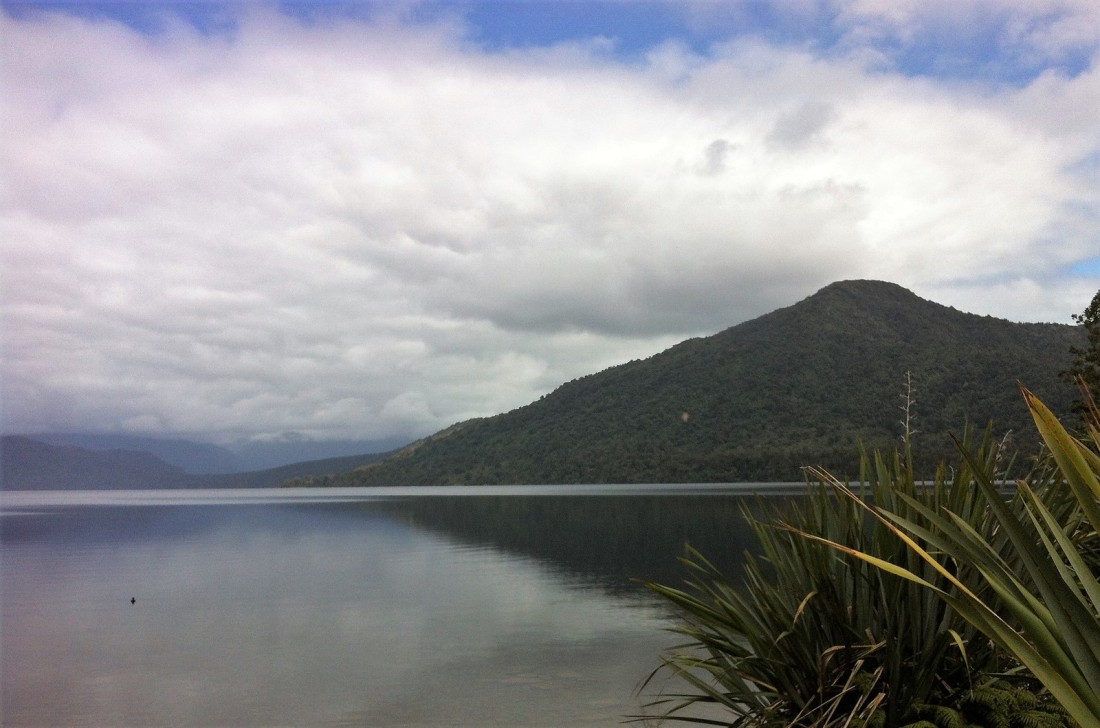 Welcome! I have never written and shared my thoughts with the world before but it’s about time that that I think some things are discussed. First things first. I’m not going to tell you a whole lot about me other than the fact that I am a man who has started on a journey of self-exploration and am looking both inwards and outwards to find out who I am.  I’ve been contemplating some of the questions that have been cropping up along my journey and would like to share my thoughts on some of them. I hope some of you read some of the subjects and if any of it resonates with you then that’s awesome and I hope it helps you in some way and if it doesn’t then that’s fine too.

I live my life as non-judgmentally as possible and one of the key things I am trying to do is love unconditionally. I respect you and will always respect any feedback you have and all I ask of you is to treat me the same way.